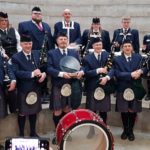 We got a wee mention in the Glasgow Herald yesterday, following the presentation of the award on Sunday in Kilmarnock at the Scottish Schools Pipes & Drums Trust Competition of the Eilidh Macleod Endeavour Award.

Attached images are of the band, and a very special young lady Shelby Smith along with Pipe Major Bryson and her Dad Scott who is mentioned in the press release and who nominated the band for the award.

During our acceptance speech, we were privileged to acknowledge the funding support received from the Gordon Duncan Memorial Trust and we would like to thank you again for your continued support which has had such a positive impact on the band.

This competition was first held in Stornoway In April 1994. It was organised by the Lewis and Harris Piping Society to commemorate the life and work of one of the 20th century’s most famous pipers. Donald MacLeod was born in Stornoway in 1916 and died in Glasgow in 1982 aged 66. He spent a large part of his life in the Army, and his escapades in the Second World War are well documented in Military History.

He was a world class player, and won all the top awards, some many times over, including eight clasps to the Gold Medal for Piobaireachd at the Northern Meetings in Inverness. He was an expert and highly respected teacher, and his services as a tutor were much in demand all over the world. But it was as a composer that Donald MacLeod created his own legacy. His compositions cover the whole range of pipe music, and show a remarkable inventiveness and originality. Wherever pipes are played in the world, Donald MacLeod tunes will be heard.

For the initial competition in 1994 , the committee of the LHPS decided to invite eight of the best pipers of the day to Stornoway , and play a selection of MacLeod’s tunes, and some of their own choice, in front of an expert bench. The competition was so successful that it became an annual event, and nearly three decades on is now a highly regarded prestigious event in the piping calendar in Scotland.

The committee have been fortunate in attracting sponsorship from a variety of organisations, and private individuals, over the years, to enable them to continue to hold the competition in Donald MacLeod’s home town of Stornoway, where it should be held.

Since 2012 the Gordon Duncan Trust have made a very significant annual donation to the funds for the Donald MacLeod Memorial Competition, and the committee are deeply appreciative of the Trust’s support.

The next competition will be held in The Caladh Hotel Stornoway on Friday 3rd April 2020, and we look forward to welcoming Ian and Chris Duncan once again. 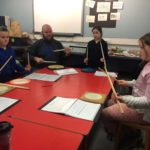 The Vale of Atholl Pipe Band would like to thank the Gordon Duncan Memorial Trust for the funding we received in 2019.

This funding was used to pay for our practice facilities in Pitlochry High School for the learners in our tuition programme. This is such a help to us as it enables us to book several rooms for chanter tuition, side and tenor drumming tuition and the learners on their pipes as they progress in to the Grade 4 band. 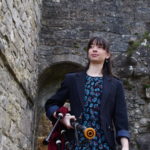 The Gordon Duncan Memorial Trust award helped me a lot to finish my studies at the Royal Conservatoire of Scotland. Their huge help gave me the chance to finish my Master of Music, Scottish Music on Highland Bagpipes, focusing only on my studies and my piping.

I graduated in July 2019, after spending two year at the Royal Conservatoire. Now, after spending two magic years in Scotland studying piping, playing solo, in folk bands and pipe bands, I’m back in Brittany, France, where I’m doing a last year of studies to be able to teach Highland Bagpipes in a Breton conservatoires in the future. Of course I’m still playing solo piping and in bands. 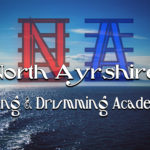 A huge thank you to the Gordon Duncan Memorial Trust from NAPDA for giving us funding in May 2019. This money has been used for specialised teaching materials and to pay for PDQB Exams for those receiving tuition (which we have 5 ready to sit this Easter).  The funding also went to advertising materials such as fliers and branded clothing to help get people through the door.  After nearly a year of running we are currently up to 20 learners all at different stages.  Without the help and support from the Trust, NAPDA would never have taken off the ground and there would not be this great opportunity for learners to learn and players to refine their craft in Ayrshire.