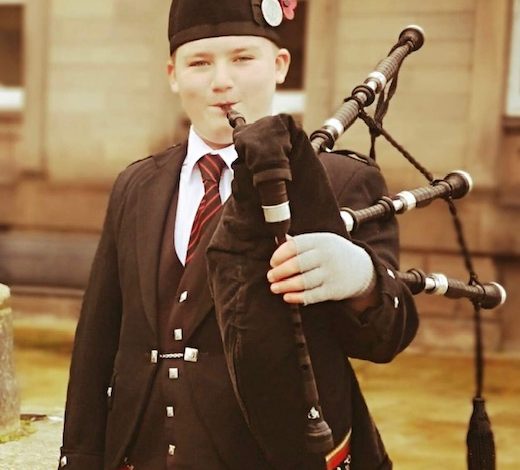 The funding Kenzie has received firm the Gordon Duncan Memorial Trust has had a dramatic impact on him in a short period of time. Thanks to his online tutor, Stuart Liddell, his confidence has grown from strength to strength. Stuart has been working with Kenzie on some technical stuff and marching. Kenzie is currently learning a pibroch and a horn pipe and jig. Kenzie would always be shy to play in front of people however this has changed in a short period of time. Kenzie is looking forward to this coming season with Elgin and District Pipe Band and competing in solo competitions.

Some of his recent achievements are: