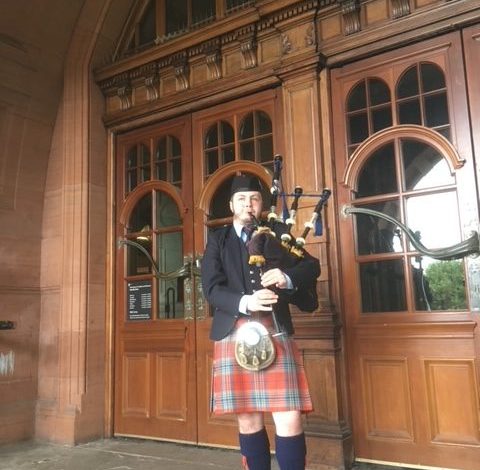 I would like to provide you with some feedback on the year 2020 and how the award from ‘The Gordon Duncan Memorial Trust’, has helped me and made a difference in advancing my piping career.

The year 2020 was not what I was hoping for in piping. I think everyone’s plans became scuppered. Although, my year still managed to be eventful and successful, it was different from the last few years, and I had to become much more adaptable. For example, with Zoom lessons and online piping competitions. Furthermore, I was fortunate enough to become ‘The under 18 yrs, overall champion’ in the annual ‘Shotts Piping Competition‘ and the ‘South West Scotland‘ annual piping competition. I also played some choices of my own compositions in these competitions which I wrote in 2020. In addition to this I have had four of my tunes published in a special feature as ‘Piper of the Moment’ by ‘Modern Piping Magazine’ Lincoln Hilton.

I also had the opportunity to play my pipes for my local community, old folks homes, raising funds for charity and for the NHS at appropriate times.

Finally, with all my efforts, study and support from, ‘The Gordon Duncan Memorial Trust’ I have been offered a place on the four years honours course in bagpipes at the ‘Royal Conservatoire of Scotland’ in Glasgow 2021.

Yours with great thanks,
Bobby Allen