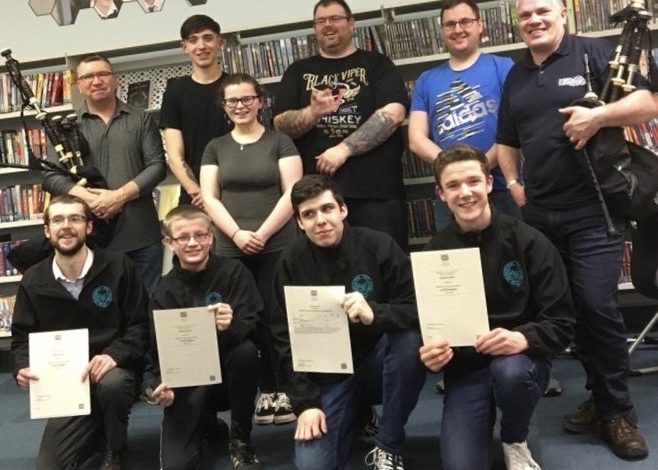 Thank you so much for your support at Kilmarnock Pipe Band. It has been absolutely invaluable to our project and our young people.

Your funding was used to provide hall hire for the year, to enable us to run ‘the 6 o’clock club’ – an extra two hours per week specifically aimed at developing our young players.

During the course of this year the 6 o’clock club has:

There is no way we could have achieved this without your support, and I think you can agree that it has been incredibly beneficial for our young people who’ve had an amazing year in the band.

From everyone at Kilmarnock Pipe Band – thank you for helping make our young people absolutely EPIC!